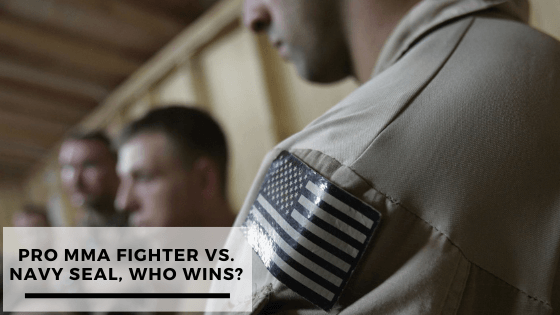 Professional mixed martial arts fighters are known to be some toughest and most dangerous men on the planet.

MMA fighters’ ability to withstand grueling training sessions and hone devastating skills make them to be quite superhuman by many standards.

A complete MMA fighter will usually have a lot of tools in his locker to hurt the opponent.

With different types of strikes and submissions and grappling holds, an MMA fighter can do untold damage to his opponent if he is not confined by the Unified Rules of Mixed Martial Arts which helps prevent things from going too far.

But even still, we have seen it happen many times.

Broken bones and loss of consciousness from submission holds, getting knocked out clean from punches, elbows, knees, and kicks.

Seriously, if you want to have an idea of how dangerous an MMA fighter is, you just have to watch a few fights.

Two of my favourite examples of this are UFC Heavyweight Champion, Francis Ngannou’s stunning KO of Alastair Overeem (you have probably seen a photo or gif of Overeem’s soul leaving his body after the uppercut) and former UFC Light Heavyweight champion, Jon Jones’ standing guillotine choke submission of Lyoto Machida.

The way Machida’s body dropped to the ground lifelessly still sends shudders down the spine of people who have seen it countless times.

And if you think an “untrained fighter” or an amateur could defeat a professional MMA fighter in a fight, think again.

The attacks that result in a KO/TKO against another professional fighter would likely result in something far more serious and life-threatening against an amateur.

But how about against another highly-trained professional?

Now that would be interesting.

Navy Sea-Air-Land (SEAL) team members are also regarded as some of the toughest and most dangerous people in the world.

Navy SEALS are known to go through notoriously brutal training in adverse conditions to prepare them to face and deal with dangerous situations.

They also train a variety of martial arts to help them utilize the best one for specific scenarios.

So in a way, Navy SEALS are mixed martial artists too, to a much lesser degree.

But who would come out on top when a professional MMA fighter and a Navy Seal go head to head in a street fight?

There are a few things to consider.

And this is because we’re looking at the most likely scenario where a professional MMA fighter and a trained Navy Seal would face off.

Should it be in a cage, we’re pretty certain that an MMA fighter wins because they are more used to the environment and know how to use the cage to their advantage (with knowledge of the rules as well).

But we would like to clarify that while this is likely true, most of this training is done with a weapon (which is the most efficient way to neutralize threats, really).

Skills that Seals possess with a gun or knife do not translate to skills with their fists or limbs.

Martial arts/fighting training is not what Navy Seals spend most of their time on, as opposed to professional MMA fighters.

Although some Seals have personally stood out with their fighting prowess such as Jocko Willink and Mitch Aguiar, the average Seal isn’t trained for a street fight.

A professional MMA fighter, on the other hand, is usually quite ready to go.

And breaking down a fight into those stages we can clearly point out which of the two highly-trained professionals edges it.

In the striking department, a professional MMA fighter will have a clear advantage.

A fighter will likely be trained, and trained well, in a number of striking arts such as boxing, Muay Thai, Karate, and so on.

Navy Seal close combat training would be no match for this well-honed art.

Additionally, MMA fighters often have a signature strike that has been trained so many times it has become nearly unstoppable.

In a street fight, after both fighters are worn out from their initial striking exchanges, they will inevitably clench and try to grapple.

An MMA fighter versus a Navy Seal would be no different.

In this situation, an MMA fighter’s arsenal of submission holds and chokes give him yet another edge should the fight come to this.

The mental and physical toughness of a Navy Seal will only allow him to last a bit longer before getting slept.

And that’s how we think the fight plays out. In a street fight without weapons, a professional MMA fighter would likely defeat a Navy SEAL.