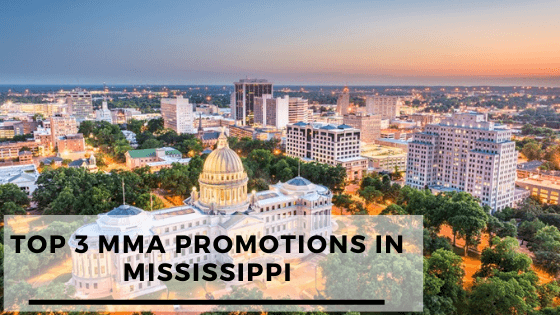 Summit Fighting Championship is a pro-fighting promotion based in Tupelo, Mississippi which is known for providing a great experience for devoted MMA fans.

They organize events since 2013 and their events are completely sold out consecutively.

With 40 organized events in the area, this is the single biggest event organizing promotion in the area.

The events range from 10 to 20 bouts per event.

If you look at the results from the previous fights, you cannot miss the variety of different endings of the fights.

This shows the different fighting techniques that the fighters have.

Hannah Guy vs Ivana Coleman, oh how exciting was this to watch. Hannah walked away victorious from this fight, and with a reason.

She was better prepared, more powerful, and more success thirsty than her opponent.

The match finished with a ground and pound KO where Hannah without mercy pounded Ivana’s head and body.

With 5 first-round finishes, this even was a real show. If you missed it, make sure you don’t miss the next one.

Empire Fighting Championship is an MMA promotion based in Mississippi which had organized 16 events until now.

This year the promotion is celebrating its 4-year anniversary by organizing its 21th event.

The exciting events range from 5 to 15 bouts per event and you can enjoy watching a variety of fighters with different styles and fighting techniques.

This promotion does not care which martial art you come from.

What is important is what you can bring to the cage.

Earlier this year, in January, the EFC event consisted of nine MMA and one Kickboxing bout.

All of them consisted of 3 rounds.

Half of the bouts finished in 1st round, proving the fierceness and the level of preparation of the fighters.

Imagine a fighter being so thrown around in the octagon that the team must raise the white towel and stop the beatings.

Well, that happened at the main event. Dennis LaBruzza defeated Skoop Kane and disgraced him so much that Skoop’s team needed to step in and stop the fight.

Even though this was a Kickboxing fight, the watcher experience delivered was a top-notch one.

This Mississippi-based promotion has organized 24 events until now and all of them were as exciting as they can be.

The events that they organize are not limited by the number of bouts, they range from 1 to 15 outs.

The only requirement that the event needs to fulfill is it needs to be thrilling and aggressive.

The fights present a true sensation for the local MMA fans.

They are unpredictable and fierce.

The fighters are well trained and professional and their skills speak for themselves.