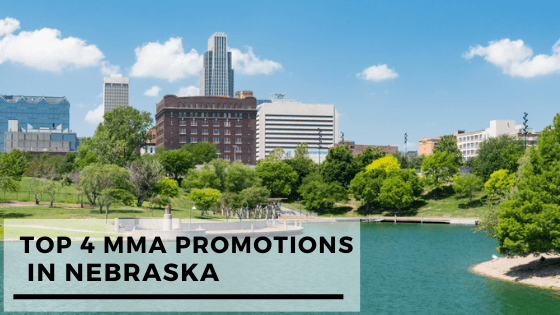 Nebraska is a state in the US that has produced a considerable number of MMA fighters. This is an achievement that has been brought to life by the MMA organizations in this state.

Here are some of the top best MMA organizations (promotions) in the state of Nebraska.

DCS holds the top position as it has successfully surfed the sea of MMA in Nebraska to claim this spot.

Officially recognized in 2013, it has been able to amount to a considerable level of attraction and followers.

Some of its major highlighted events include:

OFC located in Omaha, Nebraska USA, has emerged to be one of the top-rated MMA organizations in Nebraska.

It has been able to host various engaging events like;

Vanquish, No Retreat No Surrender and Cancer Sucks Benefit.

Some of their fighters include; Aeneas Renfrow, Tim Bazer and Turner Williams.

Its current number of followers on Instagram stands at “1043”.

MCF was officially recognized in the year 2006 with its headquarters at North Platte Nebraska.

This organization has successfully held 21 events and 81 matches.

Some of these events are:

This organization has raised talented fighters, some of who now compete in the UFC:

Having an Instagram recognition of 805 followers, it is safe to call MCF a leading MMA organization in the state of Nebraska.

LCS has built a reputation due to its intriguing events and talented fighters.

Officially recognized in the year 2013, this organization has held 15 events, some of which include;

LCS is also known to have talented fighters like Andy Carter and Jorge Dominguez.