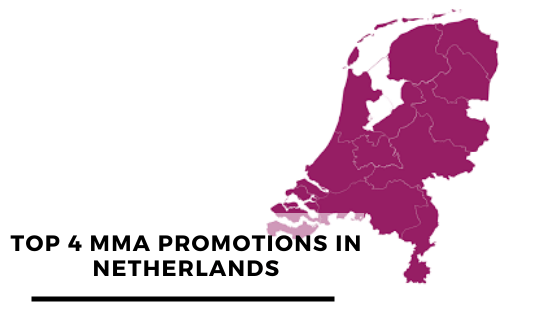 Below, you will find the top 4 best organizations in the Netherlands, how long they’ve been operating, the number of events held, the best fighters, and other important information about them.

Enfusion is a Dutch kickboxing and Mixed Martial Arts promotion based in Alkmaar.

It has developed to be a massive Mixed Martial Art organization in the Netherlands.

Enfusion held its first event in the year 2013 and has gone ahead to organize over 14 events and over 37 matches over these couple of years.

Officially recognized in 2011, it has successfully held over 32 events.

FCDH is one of the leading Mixed Martial Arts organizations in Hague.

It aims at becoming Europe’s leading organization in the fighting business.

LFL has risen to a considerable height in the MMA, having held over 5 events according.

Tiple Threat, Phantom Athletics and One Fit among many others.

Another challenger worthy of this ranking is the Versus Mixed Martial Arts promotion.

Officially recognized by Tapology in the year 2021, it has successfully held over 7 events and 13 matches.