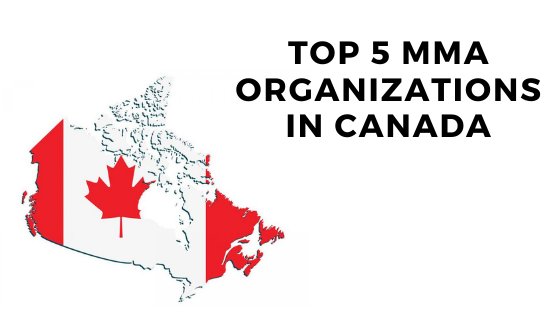 Several fight teams, gyms, and mixed martial arts organizations have sprung up in Canada as the popularity of the sport continues to soar.

Below, we highlight some of the best MMA organizations in Canada, and we rank them according to their online popularity and social media following.

The Vancouver, British Columbia-based organization has been in operation since 2010, and it is Canada’s premier developmental promotion for the UFC, which is why all BFL events are streamed exclusively on UFC Fight Pass.

Some promising fighters have made the jump from BFL to the UFC, the most notable being the inaugural Ultimate Fighter winner, Michael Chiesa.

Battlefield Fight League has a very strong online presence with a total following of over 35,000 fans across several platforms.

Unified MMA is one of Canada’s most successful and popular fighting promotions in the last seven years.

Operating out of Edmonton, Alberta, it is widely regarded as Canada’s ultimate mixed martial arts proving ground. It has a social media following of more than 16,000 fans.

The Montreal Fight League is situated in Montreal, the largest city in the Quebec province of Canada. The promotion is a dominant martial arts events organization focused on bringing together the best fighters from around the country.

Since its first event in 2017, it has grown to have a combined social media following of close to 15,000 fans.

It provides a platform for exciting prospects in the Canadian and American scene to compete and progress in their mixed martial arts careers.

With an impressive social media following of over 11,000 fans, it is one of Canada’s most popular MMA promotions.

Mamba Fighting Championship in British Columbia, Canada, is a promotion and gym that operates as a family-style mixed martial arts academy predominantly focused on developing talented fighters in MMA, boxing and kickboxing.

It has a modest online presence that is almost 4,000 fans strong.