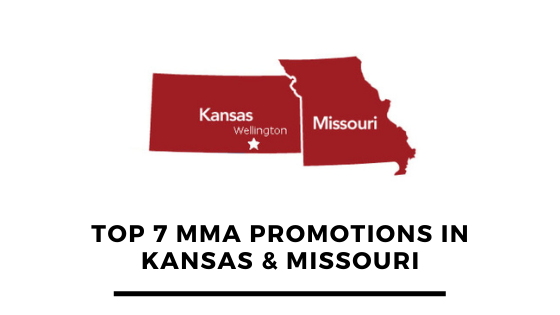 Invicta Fighting Championships was founded in 2012 in Kansas by the famous veteran Shannon Knapp.

Her purpose was to provide a big stage for professional women fighters.

Only two years after its creation, Invicta Fighting Championships decided to host its ninth and tenth events outside Kansas and after them even began organizing its fights within the entire USA.

Later on, they also made it via TV pay-per-view but to this date, they stream all fights on their YouTube Channel

Fighting Alliance Championship dates back its first event to the summer of 2019 in Independence, Missouri.

Being almost four full years in the MMA space, Fighting Alliance Championship has held 12 events with 78 matches in total so far.

Fighting Alliance Championship is very active on their Facebook Page where they post pictures of highlights from their previous fights and announce their future ones.

Shamrock Fighting Championship was founded in 1998 in St. Louis, Missouri.

Since 1998, Shamrock Fighting Championship has gained much popularity and currently holds its 18 annual fighting events at three different locations in Missouri.

On their official website, one can also read up-to-date news related to its fights and events.

Organized Chaos created one of its first events back in 2016.

So far, Organized Chaos has held twenty events with the last being on March 19, 2022.

Since Organized Chaos has limited exposure to social media, it is officially presented by Gladiator Fighting Association, LLC. On its Facebook Page, one can find much valuable info regarding its past and future events.

Up to this date, Nemesis Fighting Alliance has hosted tens of fighting events.

Fight Hard MMA was founded in 2012 with locations both in Kansas and Missouri.

When one hears the name Fight Hard MMA, they are certain that the organization has settled as the most popular promotion in the whole Midwest.

On their official website, one can read up-to-date news and articles related to the fights and events.

Cage Of Honor organized one of its first fighting events back in 2013.

Cage Of Honor has organized tens of fighting events since its first one.