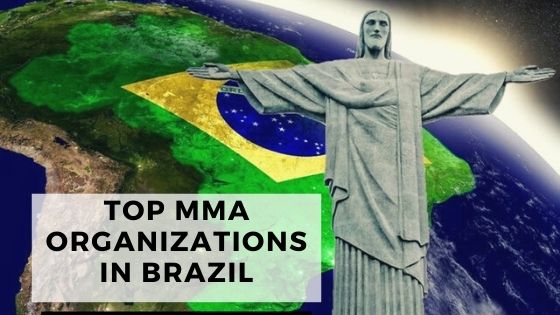 Brazil is the third-largest consumer of MMA content worldwide, the sport has fans in tens of millions.

In terms of watching fights and events, Brazilians follow the UFC closely and intimately. In addition, the country is a huge global consumer of MMA and UFC merchandise.

This article highlights the five most popular MMA promotions in Brazil besides UFC and how fans, both in and outside Brazil can watch and enjoy them.

The promotion is owned by Shooto Americas and hosts most of its events in the Upper Arena or the Vivi Arena.

Shooto Brazil focuses more on creating and developing talent. You can count up to 17 divisions in Shooto Brazil, but with 11 division champions, only six divisions are vacant. Renowned fighters in the promotion include Felipe Froes and Paul Guerreiro.

SFT is one of the most popular MMA organizations due to its remarkable recognition in Brazil. SFT is based in Sao Paulo and has signed over 300 fighters.

Since its foundation, SFT has hosted over 150 matches and more than 30 successful events.

SFT aims to cultivate talent by signing fighters from different sides of Brazil. In terms of matchmaking, SFT has the best and most experienced matchmakers.

In addition, followers and viewers can watch live events on Fite TV.

FFC is based in Sao Paulo, but most of its fights rotate in Santa Luzia, Goiania, Curitiba, and Sao Jose Do Rio Preto.


All FFC fights and events are available to watch on the Future mobile application. Also, fans can vote on their preferred fixtures, meaning fans participate in matchmaking.

With over 200 fighters, Arena Global has recorded more than 150 matches in a total of 15 events. Arena Global is the real deal, as it features skilled fighters such as Maria Oliveira, Brena Cardozo, and Elias Hannibal.

Arena Global headquarters are in Rio de Janeiro. The promotion offers viewers various options to watch from, including Facebook, and ESPN.

Furthermore, Arena Global has teamed up with MMA Core, an online website, which catalogs old videos. After visiting the website, make sure to check out Arena Global 4 to Arena Global 15, as they are available for you to watch for free.

Face the Danger is concerned with sourcing fresh talent. The organization has hosted over 20 events in 120 matches.

Other MMA promotions in Brazil: