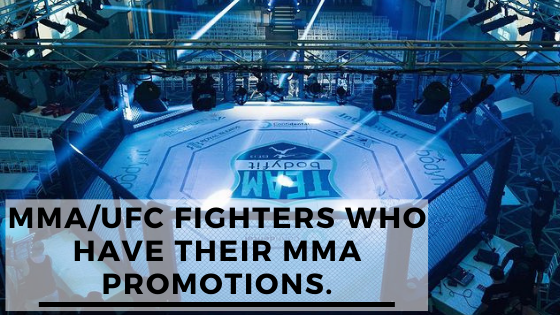 African Knockout Promotions is a relatively small promotion company that has hosted several fights in Africa.

The company is headquartered in Omaha, Nebraska. Midwest Cage Championship has held over 50 events throughout the United States.

Some of the most notable fighters to have competed for the promotion include Trevor Prangley.

Urijah Faber can be regarded as one of the most accomplished mixed martial artists in history.

He has competed in some of the most prestigious organizations globally, including the Ultimate Fighting Championship (UFC) and World Extreme Cagefighting (WEC).

After an illustrious career, Faber decided to retire from competition and focus on his new business venture: Urijah Faber’s A1 Combat.

Kattar opened Combat Zone in 2010, intending to provide a place for up-and-coming fighters to hone their skills in martial arts and work their way up the ranks.

The promotion has since become one of the most respected in the country, and many of its former colleagues have gone on to achieve great things in the UFC.

Kattar’s dedication to his athletes and his passion for the sport make him a valuable asset to the MMA community.

As the owner of Ultimate Battle Grounds, Derek Brunson has helped to create a top-notch destination for martial arts enthusiasts of all levels.

From amateur fighters to professionals, Ultimate Battle Grounds offers something for everyone.

Brunson’s passion for martial arts and his commitment to providing a world-class experience make him an important figure in the martial arts community.

As the owner of Showtime FC, Anthony Pettis has been able to help promote and grow Mixed Martial Arts (MMA) across the US.

Pettis has shown his dedication to the sport by consistently putting on exciting and entertaining fights, which has helped Showtime FC become one of the top MMA promotions in the world.

Pettis’ passion for the sport and his commitment to Showtime FC has made him one of the world’s most respected and well-known MMA promoters.

Since Cris Cyborg created Nação Cyborg, the promotion has seen a lot of success.

With her at the helm, the promotion has become one of the best in the world, and she has been able to help many athletes achieve their dreams.

Her dedication and passion for the sport have made her an excellent leader, and her promotion is fortunate enough to have her at the helm.

Nação Cyborg is a force to be reckoned with in the world of MMA.

Cris Cyborg aimed for her promotion to be poised to reach even greater heights in the years to come.

The organization has been known for helping to develop the careers of many top MMA fighters, including Anderson Silva, Lyoto Machida, and Jose Aldo.

In addition, jungle Fight has also been credited with helping to popularize MMA in Brazil.

Due to its success, Jungle Fight has served as a model for other MMA organizations, including the UFC.

He has been involved in the fight industry for many years, and he is ambitious to use his knowledge and expertise.

UFNP has quickly become one of the most successful promotions globally, and it has attracted some of the best fighters in the sport.

He is constantly working to improve the production quality, and he is always looking for new ways to entertain the fans.

What Is The Difference Between USADA and WADA?

Can the UFC Strip a Champion’s Belt for No Reason?

Does a Strong Baseball Pitch Translate To A Strong Punch?