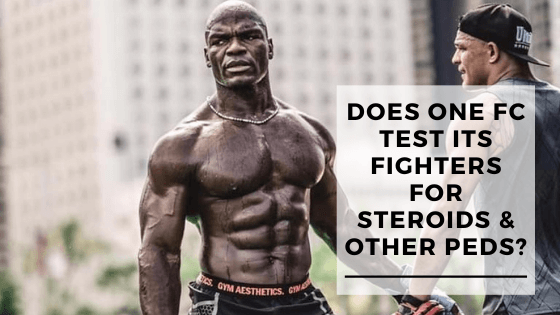 Prior to 2019, ONE Championship had no standard drug testing for their fighters. This is mostly because the promotion claimed to be deeply rooted in the eastern martial arts code of integrity and honor.

In this context, requiring drug tests would simply be disrespectful to the athletes.

In 2019, however, ONE’s CEO, Chatri Sityodtong, claimed that the promotion would begin an all-encompassing drug testing of all fighters in their roster, under the World Anti-Doping Agency (WADA).

These claims were quickly thrown into question by UFC veteran Will Chope, who argued that WADA wouldn’t be behind the actual testing.

Chope’s comments were addressed by Sityodtong himself, via Facebook, as a direct response to the UFC’s veteran original post.

When Chope doubled down on his allegations, ONE Championship threatened him with a defamation suit.

Shortly after, all related posts were deleted and Chope didn’t seem too keen to keep pressing the issue even further.

WADA, on the other hand, confirmed that they hadn’t been signed on as an impartial third-party by ONE.

Sityodtong’s claims seem to have been intentionally misleading, given the fact that WADA itself is not an actual testing agency.

When approached in regards to this issue, WADA’s representatives flat out denied that there was any sort of potential partnership with ONE in the near future.

Demetrious Johnson, one of the stars in ONE’s roster, spoke out about the controversy surrounding the issue of drug testing within the promotion.

The former UFC flyweight champion argued that ONE not only tests for drug use, just like the UFC and other MMA promotions but also performs hydration testing to avoid fighters attempting drastic weight cuts – a far more than typical occurrence in the UFC.

Even though weigh-ins remain private under ONE’s rules, Johnson argues that there was no difference between the testing he underwent while under the United States Anti-Doping Agency (USADA) system and WADA.

Everything You Want To Know About MMA Cutmen

Does ONE FC have its Own NFTs? How To Buy?