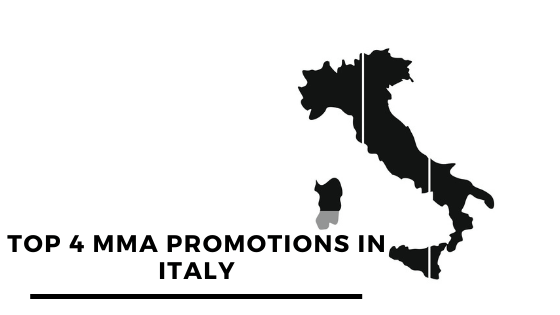 Below, you will find a list of the most popular MMA promotions in Italy.

The first event was held in 2015 in Bologna, Italy.

Frank Merenda’s aim was to start a promotion that treated and paid Italian fighters fairly, and then eventually started hiring international fighters.

So far, Venator Fighting Championship has had 20 events with about 157 matches.

They continue to hire fighters, especially those who have had a controversial past and are looking for a second chance.

This is how Merenda wants to support ALL fighters. Many former UFC fighters work for VFC now.

They also have a YouTube channel: Venator FC which posts regularly.

Both have been champions in their careers.

The first event was held in the summer of 2019 and then restarted in 2021. So far, Xtreme Fighter Champion has had 6 events with more than 10 matches.

They have a mixture of amateurs, semi-pro, and professional fighters.

All matches are cage matches.

You can find some videos and highlights on their social media pages.

Slam FC Underdog is the oldest establishment on this list.

They were founded in 2009 and have at least one grand event per year.

Players are ranked to determine the champions for both Pro and Amateur categories.

There is also a separate ranking for women.

Pro fighters have many incentives such as boarding, covered travel expenses, and winning bonuses.

Their matchmaker is Giulio Morgante who is also a well-known MMA coach in the area.

Their headquarters are in Manduria, Italy.

Since its start in 2019 and a break during the pandemic, MFC has held 4 events and approximately 16 matches.

They are looking to increase this number because of the betterment in health conditions.

They hold matches in the octagon ring and are affiliated with the Fight1 organization.