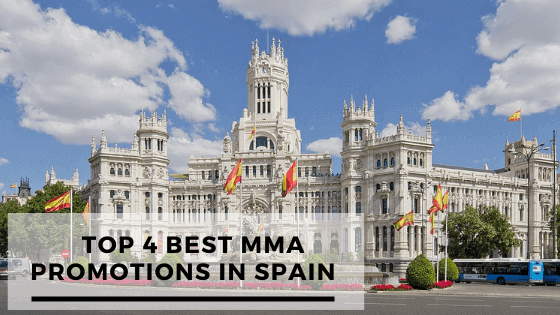 Below, we will show you the top 4 best MMA organizations in Spain, how long they’ve been operating, the number of events they held throughout their history, and other important information about them.

Ever since it has soared the MMA sky to be debated as the biggest Mixed Martial Art league in Spain.

AFL has successfully held over 20 events, rising fast through its considerable number of supporters.

Ansgar Fighting League has produced talents and champions with the likes of:

In addition to AFL’s achievements, it also runs its own successful merchandise sales.

Way Of The Warriors (WOW) stands to be another top Mixed Martial Art promotion in Spain.

Owned by David Balarezo, it has successfully held 7 events commanding a large attraction to its organization.

Way Of The Warriors organization has nurtured top fighters like:

Manuel Del Velle Bouzid, Marcos Sanchis and Brek Quintana amongst many others.

Hombres De Honor started its recognized fight in the year 2008.

Hombres De Honors has successfully held over 61 events which amount to a massive contribution to their recognition in Spain.

Their achievement has attracted a number of sponsors like:

Motion Hostels, Mtx Nutrition, Charlie “Made In Hell” and other known sponsors.

Some HDH recognized fighters include:

Orereta Top Fighters organization also qualifies in this ranking as it also brought about a shake among Spain’s Mixed Martial Art organizations.

Oereta Top Fighters became officially recognized in 2015 and has held over 7 events since its recognition.