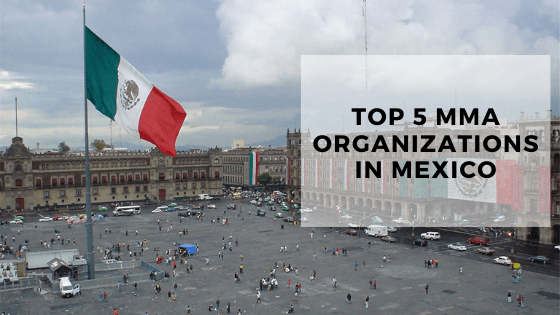 Mexicans love combat sports, and it has a massive following and cultural importance for much of the population.

So it was a bit puzzling to see that mixed martial arts wasn’t gaining a foothold in the country when it was first introduced there in the early 2000s.

The boxing fundamentals of Mexican fighters, which the general public was already used to, contrasted starkly with the all-encompassing sport of mixed martial arts that involved a lot of Brazilian Jiu Jitsu and wrestling.

Schools that had wrestling programs were quite rare, and gyms that taught grappling sports were only a few, and they were only available in the largest cities.

Substantial investments by the world’s biggest MMA promotions at the time, as they looked to tap into the Latin American market, contributed a lot to the acceptance and evolution of mixed martial arts in Mexico.

And because of the passion that Mexicans have for combat sports in general, it was only a matter of time before MMA got a foothold in the country anyway.

Now, numerous outstanding MMA fighters and exciting prospects have come out of Mexico such Brandon Moreno, and The Ultimate Fighter: Latin America winner, Yair Rodriguez, to name a few.

The increasing number of talented fighters coming out of Mexico can also be ascribed to the number of gyms, and MMA promotions that are operating there.

Mexico is an amazing place to train and fight, and the MMA organizations in the country with massive followings are proof of that.

Below, we list some of the biggest and best MMA promotions in Mexico, and we rank them according to their social media popularity.

Situated in Mexico City, Mexico, Lux Fight League is the premier mixed martial arts promotion in Mexico and Latin-America with the largest projection in that region of the world.

The seven-year-old organization regularly puts together the most splendid events featuring some of the very best Latin-American fighters.

Its combined social media following of close to 108,000 fans is indicative of the reach that the promotion has in Mexico and beyond.

The Ultimate Warrior Challenge Mexico is one of the biggest MMA promotions in Mexico, dedicated to publicizing new professional mixed martial arts talents.

The organization has been in operation for more than ten years, holding regular events and building a solid MMA platform in Mexico.

It has a massive social media following of more than 51,000 fans.

The Budo Sento Championship in Mexico City is a new MMA promotion in Mexico that organizes Grappling, Muay Thai, and MMA events.

Despite only starting out in 2020 the organization has an online presence that is already more than 50,000 fans strong.

Jasaji (Javier Alonso Sandoval Jimenez) Promotions is a fast-growing Mexican MMA organization that has been in operation since 2017. It has a social media following of almost 35,000 fans.

Naciones MMA is a leading Latin-American MMA promotion that aims to promote talented fighters from that part of the world through the organization of exciting combat sports events.

Operating out of Monterrey, Mexico, the relatively new organization has garnered a large internet following in such a short period, with a combined following of over 23,000 fans.