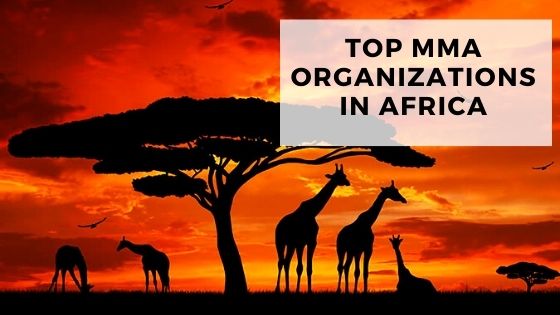 From Israel Adesanya to Kamaru Usman and Francis Ngannou, the African representatives of combat sports have been making waves in the mixed martial arts scene.

The trio is currently dominating their respective weight classes with style, technique, and power.

With the increase in popularity of combat sports especially in Africa, it is safe to say that a new breed of MMA fighters will soon emerge, so we’ll be taking a look at the top 3 MMA promotions in Africa.

Extreme Fighting Championship was founded in 2009 by three brothers and is currently the biggest MMA promotion in Africa.

The promotion hosts over a hundred athletes from different countries like the United Kingdom, Australia, South America, and a host of other nations.

There are about 10 live events yearly, and these events are broadcast in different countries as they have several TV deals across the world in different languages.

THE FASTEST KNOCKOUT IN EFC HISTORY! 🤯🤯🤯
Cole Henning did that! 😤#EFC91 pic.twitter.com/yewhlZkjMA

LFNE (Local Fight Night Entertainment) is another African response to the alarmingly low number of combat sports athletes on the continent.

The Kenyan promotion was founded by Stephen Omwenga who is dedicated to breeding the next generation of professional mixed martial artists in Africa.

The promotion already has two champions who are highly spoken of in the MMA scene in Africa, and they are Mohammed Ware and Peris Gethiga.

Mohammed Ware is currently undefeated and is one of the most lethal strikers with amazing clinch and defensive work.

Peris Gethiga is a more rounded fighter with amazing mat skills, a great grappler, and an experienced veteran of the sport.

LFNE goes beyond providing people with a chance to live out their dreams, the promotion is partnered with the LOV movement that is a non-profit organization dedicated to eradicating hunger and disease in Kenya.

MMA South Africa is not really a promotion, but a non-profit organization that was sanctioned by SASCOC and affiliated with MASA since 2013, to regulate the sport in the country.

They have nurtured several talents from amateur to complete professionals who can eventually take the world by storm.

The organization also affiliates itself with promotions in South Arica and sometimes beyond to facilitate the learning, training, and adoption process for these growing lovers of the sport