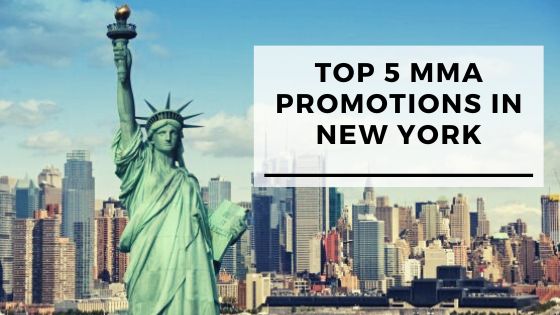 Based out of Brooklyn, New York, and founded by Christin Defiris in 2014, the promotion has been revolutionary in the MMA scene in New York.

The promotion was the next step in the journey of former MMA fighter and fitness enthusiast Christian Defiris.

There have been 20 events held so far with the promotion aiming to increase the number in 2023.

It was founded by Nicolas Canobbio who is the current president of the promotion.

Cage Wars is a Mixed Martial Arts promotion, based out of the Rivers Casino Event Centre in Schenectady, NY.

It has been active since 2010 and was founded by Tim Rankins who also doubles as a matchmaker and the president of the promotion.

The promotion is regarded as the best in the region and offers training services to both amateur and professional fighters.

Rigoro Fighting Championship is an extension of the Rigoro Martial Arts Gym that was founded and run by Ricky Vllasaliu who is from a fighting family.

The promotion is located in Nanuet, New York.

Ricky Vllasaliu is a decorated veteran who is devoted to giving fighters a chance at the top through events held annually.

Founded by Bobby “Jackhammer” Campbell who is also the founder of Campbells kickboxing & Boxing promotion.

Matches are held at Mulcahy’s pub and concert hall; the promotion has a few events that are taking center stage.