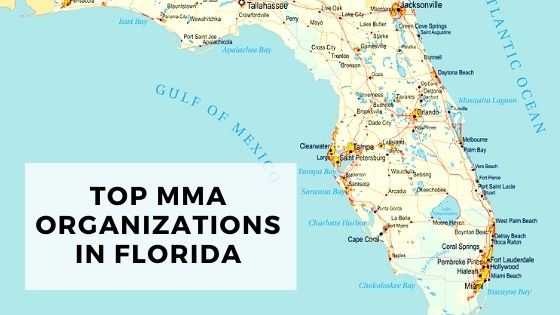 Combat Night is an American pro and amateur MMA promotion based in Tallahassee, Florida.

It was founded by Mitchell Chamale with the aim of creating chances for the younger generation of MMA fighters.

The promotion holds its live events in Tallahassee and has since gone on to host over 90 events and over a thousand matches in between.

Combat quest is an American MMA promotion that was created in 2018 by Vigilant MMA LLC.

Although originally based in brazil, Taura MMA has held an event in Florida in the past year and the owners have subsequently moved down to Florida.

Throughout the years the promotion has adopted a different idea towards its scouting process with the addition of veterans of either the UFC or Bellator.

Taura MMA events are broadcast across Brazil and the United States:

Titan Fighting Championships is an American MMA promotion located in Pompano, Florida, it was founded by Joe Kelly in 2005.

Originally, the promotion held its events around the Kansas City area and eventually grew into other locations in the United States as its fanbase began to grow, then it expanded internationally.

Founded in 2005, by Joe Kelly who at the time was also director of operations at Bellator.

The progression was also followed by a merger between Resurrection Fighting Alliance (RFA) that bought Joe Kelly out of the promotion until he later reclaimed it in 2013.

The promotion gives chances to both male and female fighters with dreams to make it big into MMA, they produce several stadium fight cards in different locations in the United States.