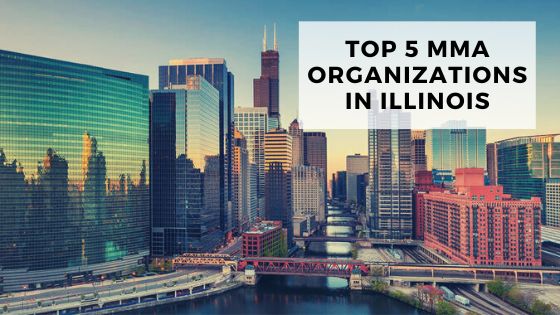 With dozens upon dozens of fighters lining up to fight in promotions like UFC, Bellator, and others, regional promotions end up being the launching pad for those fighters. Illinois has its fair share of promotions.

For a 20-year-old promotion, it hasn’t seen a lot of action. It has hosted only 37 events which average less than 2 events per year.

Fight Card Entertainment has been home for a lot of fighters who are now in the big leagues. They’ve been around since 2008. They had a decent start bud faced some tough times in between.

Fight Card Entertainment has seen some success lately. In the past 13 years, they’ve held 24 events and more than half of it occurred after 2018.

The promotion started back in 2000, but only had one event that year.

Re-launched in 2007 with the name Bourbon Steet Brawl. They were in business for only a few years since 2007 during which they riveted back to the name Brawl At Bourbon Street.

After a long hiatus, Brawl At Bourbon Street is be back in 2022, with 3 events already scheduled.

Fight 2 Win is a grappling promotion that is based in Chicago Illinois.

It is not exactly an MMA promotion but it is a few MMA fighters from Illinois who stepped into the open mats of Fight 2 Win to further improve their skillsets for MMA.

Hitz Boxing entertainment also known as HBE is another combat promotion based in Illinois. Again this is not exactly an MMA promotion but contributes a lot to the sport in Illinois.