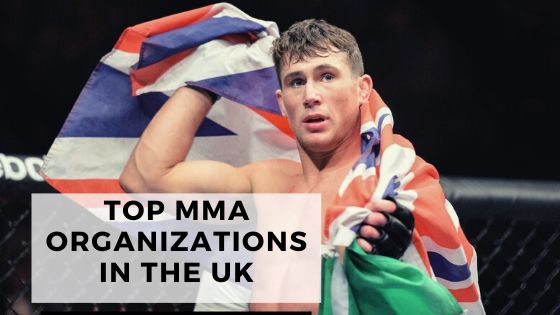 Cage Warriors is an MMA promotion based in London, England, it was founded by Dougie Truman in 2001.

After establishing the promotion in 2001, it took a year for the first event to take place, regardless of the delay the promotion went on to become one of the biggest in the United Kingdom.

The promotion has been quite blessed with an array of stars that have gone through their ranks to the UFC namely, Conor McGregor, Anderson Silva, and a few other top fighters in the sport.

Cage Warriors’ matches are aired globally through their television partnerships with the likes of BT Sports, Freeports, and Viasat.

The brainchild of Steve Meer and Ray Thompson, Almighty Fighting Championship was the thought of two friends who had the dream of bringing high-level MMA to the city of Leeds in the United Kingdom.

The promotion was founded in 2015, with the notion of giving gym fighters a chance at the big leagues of the MMA.

The O2 academy which is the home of the promotion is in Leeds central, Steve and Ray made the commitment to ensure that the matches are enjoyable for both the fighters and the fans alike while also ensuring the safety of all the performers.

It was created with the dream of providing access for willing participants a chance in MMA at all levels.

The promotion has a great crop of fighters with huge potential to perform at the highest levels in the sport, some noteworthy fighters are Steven Hill, and Scott McHugh to mention a few.

Supreme Cage Fighting is the result of two veterans of the combat sport teaming up to provide top-notch MMA fighters and entertainment for combat sports lovers.

Natalie Bee who is a former Kickboxing world champion, a 1st Dan Black belt at Jeet Kune Do and an MMA fighter teamed up with former MMA fighter Jordan Miller to create Supreme Cage Fighting with their prior experience as promoters of different events.