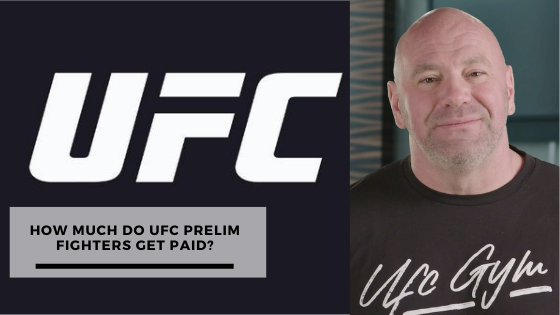 The topic of fighters’ pay in the UFC has been a recurring one for many years now.

Recently, undisputed UFC heavyweight champion Francis “The Predator” Ngannou also made the headlines for taking sides with the youtuber turned-boxer, Paul on the issue of fighters’ pay and protection.

A fighter, the stature of Francis Ngannou complaining about unfair pay makes you wonder how much the lesser-known fighters such as those who fight on the preliminary cards of the UFC are getting paid.

And although several factors determine what a prelim fighter takes home after a UFC event, we’re going to be discussing the minimum average salary that UFC prelim fighters make.

According to the International Business Times, there are three salary tiers in which UFC fighters fall into: low, medium and high.

Most preliminary card fighters fall into the low salary tier.

And sometimes even more.

The breakdown of the total amount a UFC fighter earns per fight shows that it is made up of:

Only some of the more famous fighters in the high and medium salary tiers can command PayPerView payouts and sponsor payments from brand partners of the UFC.

Usually, the total payment for a UFC prelim fighter is just the base salary plus a win bonus.

But on occasion, fighters can be awarded ‘Fight of the Night’ and ‘Performance of the Night’ bonuses which are worth $50,000 each.

So the total take home of a UFC prelim fighter can rise from a base salary of around $10,000 up to $110,000 thereabouts. Although that doesn’t happen too regularly.

How much do UFC prelim fighters get after deductions?

It is not news that not all of a fighter’s salary is meant for their own personal spending.

Much of a fighter’s purse goes into paying income tax, paying their manager, their corner and the coaches/training camp that helped them prepare for the fight.

With training camps alone are said to cost up to $12,000 (starting from around $4000), then it is apparent that the fighters don’t get to keep much at all.

How Can I Become An MMA Referee?

Top One FC Fighters Vs. Top UFC Fighters, Who Wins?