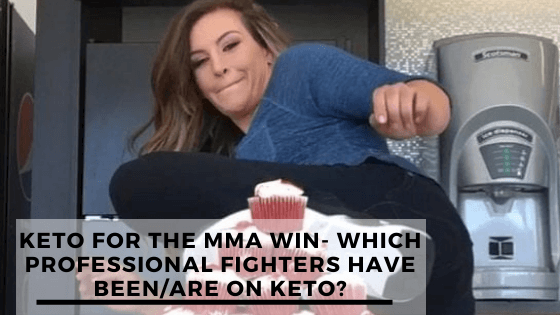 You cannot be a top MMA fighter without a good, and steady diet backing you up.

Training and fights take up a ton of energy, not only physically but mentally too.

While carbs are a go-to for fighters some have dipped their tongues into a keto diet.

Here are some of the fighters that have tried the trend.

This UFC heavyweight champion has managed to shed some weight giving him a much slimmer look.

Junior dos Santos certainly trimmed down his weight due to keto.

On his Twitter feed from February 2019, Matt Brown, aka The Immortal, replied to a tweet where Brown stated that he has been on keto for a long time.

When asked if he eats carbs before and after a fight but maintains the keto diet outside of training he replied with “yes exactly.”

It would be safe to say that Brown, is not sticking to the keto diet 100 percent which is to his benefit.

Another one to be in the same boat, kind of, as Matt Brown, is TJ Dillashaw.

In a video clip posted on his official Facebook page in September 2020, the UFC Bantamweight Champion mentioned that he did an “intermittent keto ketogenic diet.”

According to the video, his body will go into ketosis. But, he really likes fruits and knows that his body needs simple carbs to function to his level.

This former UFC Women’s Bantamweight champion was also on the keto diet where she said he felt good on it.

The keto diet at 100 percent cannot work for MMA fighters.

Therefore, there has to be cheating on the diet to get the best results for some of them.