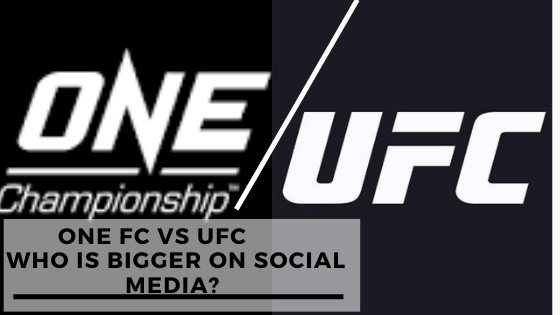 In the world of MMA, the UFC is the oldest and most established MMA promotion company.

Since its inception in 1993, it has held around 600 events and has a worldwide audience.

It is estimated to be valued at around $5 billion taking into account its worldwide broadcast deals and pay-per-view earnings.

One FC is a younger promotion company that was set up in 2011.

Initially, it focused on the Asia-Pacific market and is presently looking to expand to markets like North America and Europe. It is presently valued at $1billion.

It is rather interesting that both channels have around 90 million views over the past 30 days.

One FC comes close with 21,721,420 page likes and over a million people talking about it. Therefore, in terms of engagement on Facebook, One FC can be said to be superior.

UFC on the other hand has around 26,000 media uploads with 32 million Instagram followers.

UFC definitely has a better Instagram game than One FC.

Despite having a similar number of uploads UFC has way more followers and engagement with its followers.

One FC lags behind UFC in its use of Twitter.

Both UFC and One FC have made around 800 uploads on TikTok.

However, in terms of engagement UFC is more popular.

It has been reported by Nielsen Analysis that as of 2020 One FC had a slightly higher cumulative reach.

However, UFC had more content available and was broadcast for longer hours than One FC.

One FC seems to have better engagement with its audience on Facebook.

However, One FC has a higher potential for growth since it is still expanding to markets all around the world.