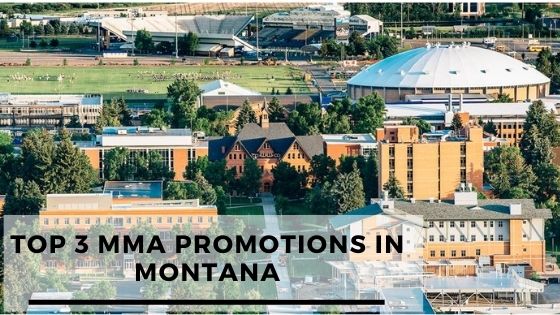 With more than 40 events and 60 matches organized, this Montana-based promotion is promising and uprising with the speed of light.

Organizing events since 2010, the twelve-year history of this promotion has been blooming since.

Take the last Black Hills Brawl which happened this February.

Out of twelve bouts, four finished with a KO, all of them with referee stoppage from too many unanswered consecutive strikes.

This is not all that was exciting at the event.

Take for example the Dre Coles submission which he delivered in the 2nd round of the fight.

He used the instant loss of concentration of Brody Kopp and jumped in with the rear-naked choke.

You can watch the FFL fights online.

With over 100 events organized until now, we must conclude that this is by far the most experienced promotion in Montana.

The Great Falls Rumble series of events that FightForce organizes is one of the most iconic events in the Montana area.

Even though all of the fighters are amateur fighting, their scores, and aggressiveness in the ring show their thirst for success and deliverance of a great show.

They organize events in different fighting styles and areas.

Their event in October previous year was a successful mix of kickboxing and MMA fights.

What is undeniable is that the events will provide you with thrilling experiences.

Chilling knockouts, powerful strikes, all this delivered to you by FightForce Mixed Martial Style Fighting promotion.

Do not miss their next events.

You will not regret it.

Don’t be fooled by the youth of this promotion, even though they’ve organized only 3 events until now.

And even though they started just 3 years ago, the deliverance of intense fighting experience is unquestioned.

Their event in November last year was a sensation to watch.

Fast KOs, unusual submissions, all this delivered by the set of fighters engaged by this promotion.

The fact that more than half of the organized bouts ended in KO speaks about the fierceness of the fights.

Gage Saunders knocked out Danni Shine in the first round.

The strike that he delivered couldn’t be played better even if it was planned.

Even though both fighters Nate Gann and Cole Heinz were inexperienced and this was their first fight, they brought up a real show fight.

When Nate carried an arm-bar submission over Cole the whole audience was amazed and shocked by the fast action.