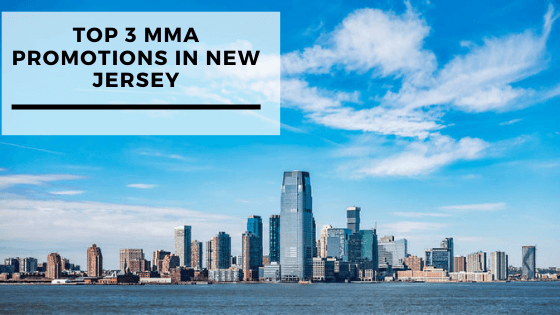 In this article, we will look at a list of 3 of the best MMA organizations in New Jersey

Founded in 2006, CFFC is among the top Regional MMA Promotions under the leadership of Robert Haydak Junior.

They have some of the best match cards with local rising talent and champions, some of which then graduate to UFC and the likes.

All their fighters can be seen on their website along with ticket details and a merchandise store.

With a massive following on their Facebook page, you can stay updated with the latest news about matches, events, tickets, and live streams.

Truly one of the oldest promotions around with their first event held in 2002 in Connecticut, Ring of Combat specializes in bringing fighters together in tough matches for them to learn and rise in ranks.

RoC is owned by Lou Neglia, a former three-time world kickboxing champion and with him at the helm, RoC has trained many MMA fighters that have later been taken up by larger promotions such as the UFC.

You can stay updated through their Facebook page, and website for information about their fighters, events, and tickets.

What started in 2008 as a clothing company selling MMA gear at local events, Frankie Sr. and Lourdes Perez soon launched their own promotion and organized their first event in 2011.

Due to their subsequent successful events which attracted huge crowds, Dead Serious MMA partnered with the Ring of Combat and now acts as a feeder program for RoC.

Dead Serious MMA aims to facilitate its fighters in reaching their goals, from amateur fights and professional matches.

Updates are available through their website, along with the option to purchase tickets and live stream.

Their Facebook page is also regularly updated with match cards and other information.

Can’t decide on one?

All 3 of the above promotions are among the best regional promotions.

Intense raw matches whether between amateur fighters or pro-athletes, their events are sure to leave you entertained.

Top 4 MMA Promotions in the State Of Georgia