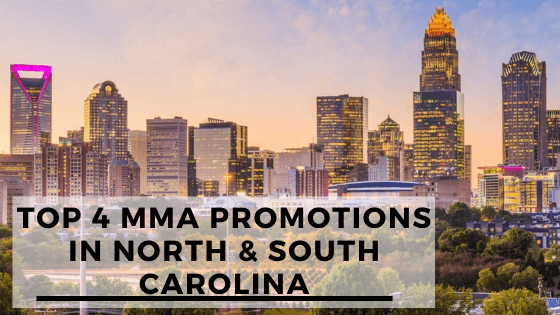 This promotion operates out of South Carolina.

They are one of the most well-known and established mixed martial arts promotions in the southeastern region.

This company has fifty events under its belt.

So, if you’re looking for a promotion with experience, this might be the place for you.

They’ve been at it for over ten years and have held events spanning three states in the southeast.

Conflict MMA Promotions has over 10,000 followers on its Facebook page.

Next Level Fight Club operates out of Greenville, North Carolina.

Their website touts them as the premier mixed martial arts fighting group.

They have thirteen events completed in recent years and have more to come.

You can also purchase live event tickets and access live streams from the official Next Level Fight Club website.

Next Level Fight Club has over 7100 followers on Facebook.

The Fight For It organization specializes in MMA, Muay Thai Kickboxing, Boxing, and Jiu-Jitsu.

Headquartered in Hickory, North Carolina. They have 24-hour gym facilities and over 5000 square feet of training space.

They offer classes for adults and have a youth program, even including youth matches in their live events.

They have 12 completed events.

You can even download their app for MMA fantasy sports, complete with real cash prizes!

You can buy tickets to their live events directly from the official Fight For It website.

Also, rewatch matches after they happen on their YouTube channel.

Fight For It, and Company have over 5200 followers on their Facebook page.

This promotion is based in Myrtle Beach, South Carolina.

They have ten completed live events and are well on their way to ranking with some of the best mixed martial arts promotions in the region.

These are four of the best mixed martial arts promotion companies in the southeastern region.

There are many more organizations out there, and the field continues to grow.

Make sure you follow these top promotions to get access to some of the greatest MMA events North and South Carolina has to offer.

Top MMA Organizations in The UK