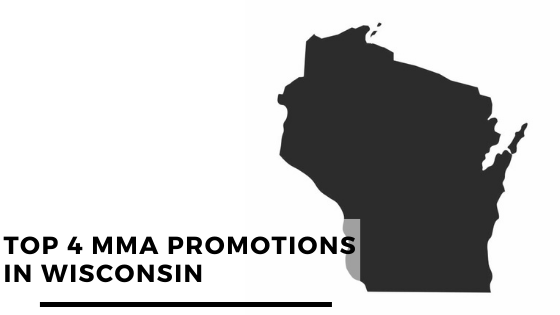 The sport of MMA is rising in popularity in Wisconsin.

There are multiple local organizations that host both professional and amateur level MMA fights.

If you are an MMA fan, you should check these local options out.

We have prepared a list of the best MMA promotions in Wisconsin.

First off, we have Warrior Games which is an MMA event that is promoted by Ogitchidaa Fight Promotions.

The organization is based in Red Cliff, Wisconsin.

Next, we have Chosen Few Fighting Championships CFFC which is based in Madison, Wisconsin.

It is described as one of the best MMA promotions in the American midwest.

It has close ties with Madtown Throwdown Promotions and the Chosen Few Gym which specializes in MMA.

In the third spot, we have Pure Fighting Championships or Pure FC which is a Milwaukee-based MMA promotion.

Seats for upcoming events cost between $80-$125 depending on the row. General admission is $45-65. The event will also be live-streamed.

Lastly, let’s look at North American Fighting Championship or NAFC which is a Waukesha-based MMA promotion.

It is run by the kickboxer and MMA trainer Duke Roufus along with Scott Joffe who is his business partner.