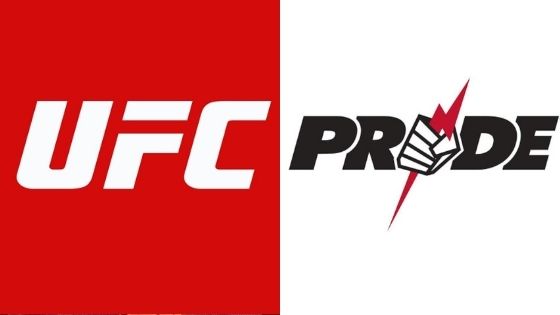 Pride Fighting Championship (Pride FC or Pride) was a mixed martial arts promotion that originated in Japan. Pride FC was founded in 1997 by businessman, Nobuyuki Sakakibara, in Tokyo, Japan.

It was easily the biggest MMA promotion in the world in the early 2000s. Some people who had been MMA fans since the Pride FC days might even argue that it is the best MMA promotion ever, even better than the UFC. Stay with us to find out what happened to Pride FC and where it is today.

Why did Pride FC go out of business?

The fall of Pride began when Fuji Network terminated their television contract with Pride FC caused by a breach of contract.

This termination happened due to Pride FC having affiliations with a notorious mafia group from the yakuza crime organization.

At the time, Japanese people dreaded groups such as the Yakuza. The Yakuza fixed matches, manipulated taxes, and gambled illegally through Pride FC.

Also, according to many sources,  there was an internal war between two Yakuza groups over their interests in the promotion.

Pride had only SKY PerfecTV as a television outlet in Japan, and the loss of the Fuji network affected its sustainability.

This was because the Fuji Network was the major pay-per-view outlet, hence causing a major dip in Pride’s revenue.

Who took over Pride FC?

Pride executives announced on Tuesday, March 27, 2007, that Lorenzo Fertitta, co-owner of Zuffa had made a deal to acquire all assets of Pride Fighting Championships from Dream Stage Entertainment.

The deal to acquire Pride FC by Zuffa was stated to be less than $70 million. The sale was later reported to be for $65 million.

Lorenzo Fertitta had announced that it was going to change the face of MMA forever and he had likened it to when the NFC and the AFL came together to create the NFL.

How did Zuffa buy Pride FC?

The negotiations to purchase Pride FC by Zuffa was a long, prolonged, and lengthy process that had been going on for about 11 months.

The newly formed company took over Pride assets, including its trademarks, video library, and its valuable roster of fighters, from Dream Stage.

Zuffa LLC, the parent company of UFC, decided to keep the well-known Pride name and promote fights under that brand.

Originally, on the purchase of Pride by Zuffa, the plan was to keep promoting events in Japan and to continue with the already existing schedule. Part of the plan was to stage cross-over mega fights and allow some of the biggest stars in Pride FC to fight in the UFC.

However, these plans did not come to fruition. As stated by Dana White, they did not have the required connections in Japan to continue making the fights, and ‘they were not wanted there’.

Even though it is commonly believed amongst OG MMA fans that Zuffa has intentionally killed Pride, one thing that stands for sure is that Pride will never die!

All of Pride’s footage is now owned by Zuffa and the UFC. The deal to purchase Pride FC gave the UFC the right to Pride’s video library.

Top 7 Reasons Why Pride FC Was Better Than The UFC

How Do Fighters Deal With Defeat In Front Of Crowds?

Can Steroids/PEDs Help You Win an MMA Fight?