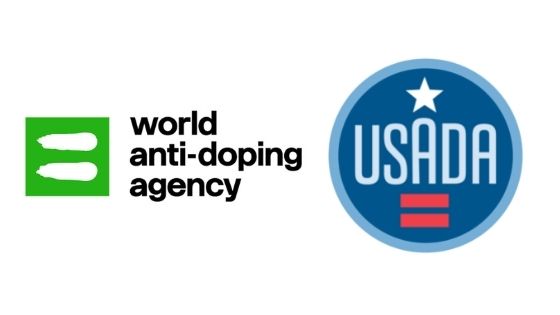 WADA stands for World Anti-Doping Agency. WADA was formed in November 1999 as an independent body to combat doping practices in sports.

WADA is the body that regulates the use of performing-enhancing substances by athletes in regulations that have adopted the World Anti-Doping Code (also regarded as the WADA code).

There are more than 650 organizations that have adopted the WADC (WADA code), hence, athletes participating in these organizations are all subject to the WADC.

WADA is an international doping organization and it regulates the implementation of the WADC through Regional and National Anti-doping Organizations (RADOs and NADOs) and it mandates that these organizations abide by the World Anti-Doping Code.

It is important to note that the aims of antidoping organizations all over the world are closely aligned with the aims of WADA.

USADA on the other hand stands for United States Anti-Doping Agency. Created in 2001, USADA is the national anti-doping organization (NADO) for the United States.

Nonetheless, USADA is an independent organization and it is not a subsidiary organization of WADA nor is it a government entity.

USADA merely adopts the World Anti-Doping Code as provided by WADA since the WADC is the fairest and most satisfactory antidoping policy in the world.

WADA and USADA’s involvement in MMA

USADA is the antidoping organization adopted by the Ultimate Fighting Championship (UFC) to oversee and regulate the testing and punishment of athletes under the organization against the use of performance-enhancing substances.

Although most professional sports organizations in the United States (NHL, NFL, MLB, NBA,) manage the anti-doping functions of their respective sports, the UFC adopted USADA in June 2015 as its anti-doping entity.

In April 2019, UFC bantamweight champion, TJ Dillashaw voluntarily resigned his title, after inauspicious findings in a USADA test before his title fight with Henry Cejudo.

The test showed that Dillashaw tested positive for a prohibited substance, EPO, which he admitted to using.

Also, the International Mixed Martial Arts Federation (IMMAF) which is the only legitimate international governing body for MMA adopted the WADA’S code in September 2020 and it became effective from January 1, 2021.

IMMAF got awarded with the WADA-code signatory status by the WADA, hence joining over 650 professional organizations that are signatories to the code.

How Often Do MMA Fighters Get Massages?

Can A Lightweight MMA Fighter Beat A Heavyweight?

Who Are The UFC Matchmakers?